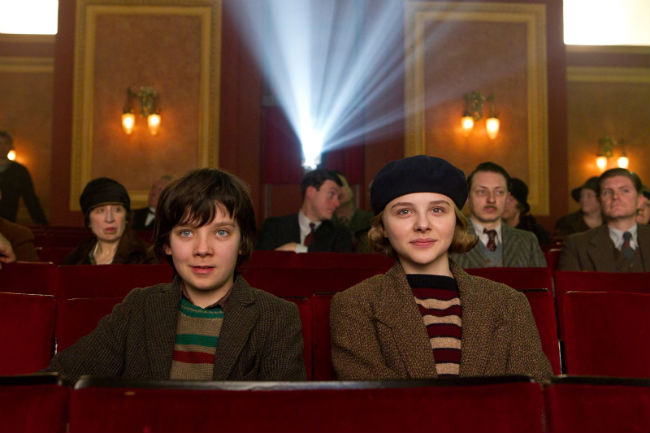 Martin Scorsese’s Hugo exerts a tremendous, gravitational pull upon anyone who loves movies. To watch Scorsese, a master of cinema, deconstruct the art form itself is thrilling, instructive, and gratifying; to experience it in 3D is mind-expanding. It’s the first truly great use of 3D in motion pictures as a means of extended enchantment.

Oddly, perhaps, Hugo outwardly pushes away intellectual analysis, presenting itself as a simple fantasy. Yet it’s an intelligent children’s story that refuses to pander, and enraptured many of the young ones at an advance screening I attended. While it can be taken at face value, the film contains layers of meaning waiting to be unwrapped.

While I was watching Hugo, I was both fascinated and distracted. Its subject is time, and it refuses to hurry, so that allowed opportunity for my contradictory feelings to war with each other. My own sense of wonder insists that Hugo is a must-see in theaters, in 3D if you can, even if its imperfections sometimes undermine its own good intentions.

Young Hugo Cabret (Asa Butterfield, believably stressed) is an orphan living inside the walls of the Paris train station in the 1930s, a whiz kid who was brought up by his clockmaker father (Jude Law) to become a magician of space and time. Hugo is blessed with an innate sense of mechanics; combined with his father’s training, he is well-positioned to keep all the clocks in the train station running on time.

Notwithstanding his abilities, Hugo is an orphan during the Great Depression, so he lives a precarious day-to-day existence, stealing food from markets and passing delivery carts, and also hiding from the persnickety Station Inspector (Sacha Baron Cohen, in a generally restrained performance). The Inspector suffered a debilitating leg injury during the Great War, forcing him to wear a metal leg brace that occasionally locks up on him, and serving as a bell on a cat’s neck for Hugo.

What commands Hugo’s interest is a toy shop in the station run by the snarling Georges (Ben Kingsley, who is sharp and affecting). It’s not so much the toys, though, as what’s inside them: gears and pendulums and nuts and bolts and screws and things. Hugo’s fascination is more of an obsession, but when Georges catches him stealing and demands the contents of his pockets, it’s Hugo’s notebook — with drawings of a mechanical man — that steals Georges’ attention.

— From my review at Twitch.

Hugo is now playing wide across the Metroplex.